I'm here to tell ya, that Slim Cooley is one tough cowboy.
He's a Mustang Herder.
And the best cowboy in these parts... 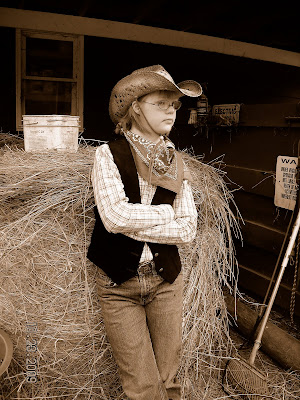 There's nothing worse than gettin' the news that some rustlers have run off with your best mustangs.... 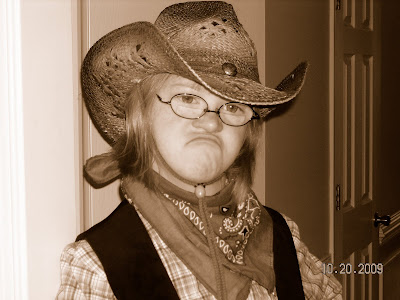 Slim Cooley will sit back and ponder.
He can always come up with a plan....

Goin' out to catch him some rustlers and free his mustangs!
No more Tricks! Only Treats!
Yee Haw!!!! 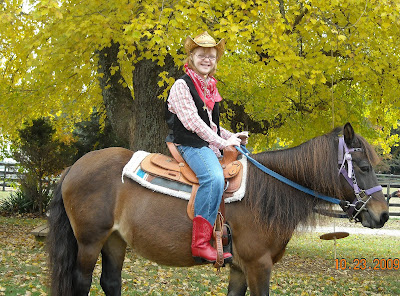 (That there's Slim's trusty steed, Tappie, a fine mare.)
~~~~~~~~~~~~~~~~~~~~~~~~~~~~~~~~
Now, just for Catherine, over at The Daily Lois, heeeeere's Murray Cook for you!
No, Hannah wasn't Murray for Halloween, she was Murray for her 8th birthday! It was a crazy mixed up day, but we started with a trip to Richmond (before we lived here!) to the Children's Museum. This is the only picture that shows her Wiggles pants. Remember, this was back before there were Wiggles clothes and costumes (not that they make them in size 8 anyhow). A little red electrical tape works pretty well. At least for the short term...then it's a sticky situation. 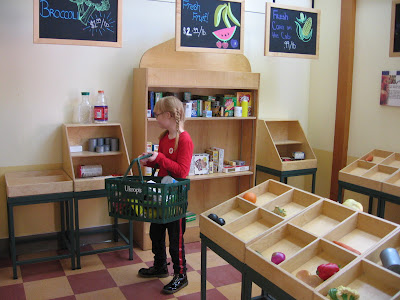 Much later, after many unexpected delays, we had our family party. At around 10 p.m. 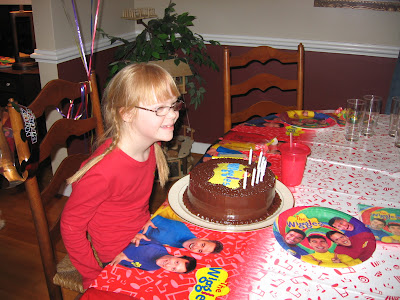 As I have mentioned in the past, she has broken her Wiggles addiction. We are not missing Murray much.
Invented by Beth at 10:00 PM

loved the outfit...Rob wanted to know where her rifle was...his horse is Pogo...so who is Hannah riding? Rob is into names so wants to know...
thanks for sharing!

If only we'd both been in Richmond on the 8th birthday I'd have whipped up a pair of Wiggle pants for our girl. Adorable! I have to admit, I think I like watching the Wiggles more than Lois at this point. Love that Anthony and his bedroom eyes. (Is that wrong?)

Loved the pictures and the commentary. I hope she wrangled up a bunch of treats!!

love both costumes! She makes a wonderful cowgirl!

A girl after my own heart! I was a cowgirl for Halloween, too!