Whooey! That was a couple of busy days! We are officially partied out!

It all started at home...the first gift to arrive was this: 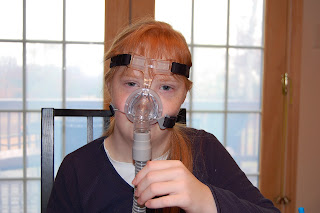 She tried it on, but we decided not to tackle adjusting to the CPAP on her birthday. She actually was excited to get her hands on some new medical equipment!

Next came the phone call from Katie: 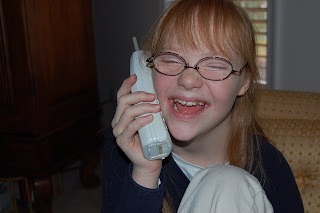 Rounding out the day were gifts from the family, dinner out (Uno's), and cheesecake, followed by massive amounts of new video watching. 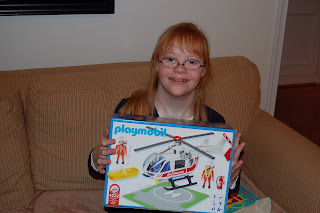 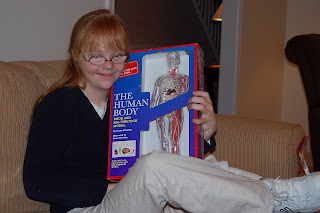 The party was this afternoon! It started off with a robust game of kickball, followed by soccer skills and Moonbounce. Everyone ran to their hearts content. 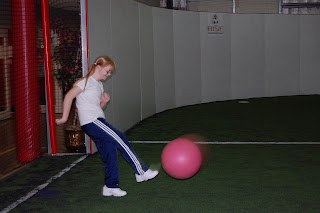 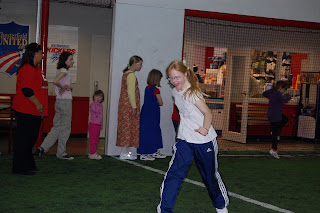 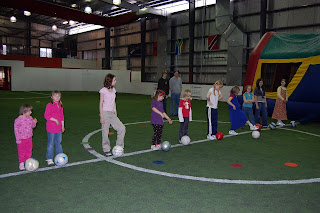 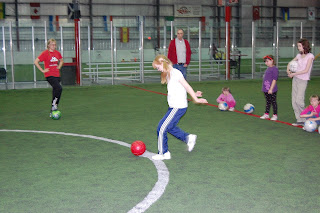 I finished making the cake this morning (I think I could be a professional procrastinator--if there was money in that line of work). I was worried that the cake wouldn't be large enough for everyone to have some, so I decided to make some baseball cupcakes as well. 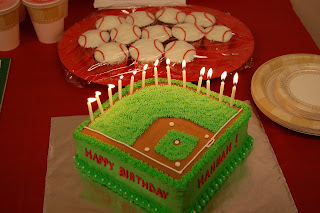 Hannah was thrilled with the gifts her friends gave her. 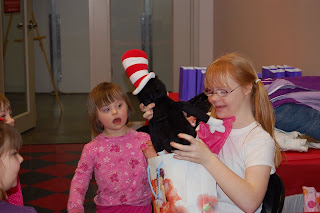 We played Pin the Ball on the Soccer Field. (Soccer field courtesy of James, the artistic one) 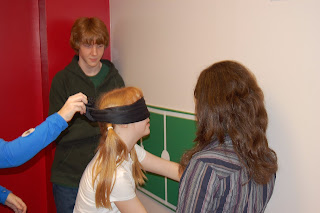 We all had fun at RISE, especially the birthday girl! 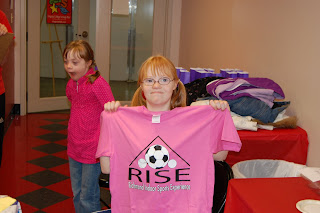 We arrived home to find one last package waiting at the door! 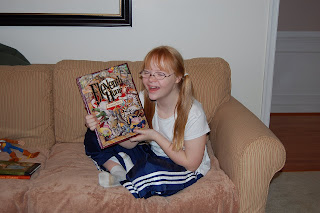 Now we have only 4 days until the next birthday in this family!
Invented by Beth at 8:00 PM

Happy Birthday Hannah!!! Looks like you all had such a good time!

how does she like the cpap? I think one is in Noah's future? Let me know how it works out.

Looks like everyone had a great time! Are you pooped out too?

From Amy & Laurie in Virginia Beach
We met you at a buddy walk.

BELATED BIRTHDAY BLESSINGS TO HANNAH. MAY YOU HAVE MANY MANY MORE. EM LEE, AMY AND LAURIE

Mommy to those Special Ks said...

How fun!!! I hope she handles the cpap ok!

Awwww, aren't birthdays fun. Looking at the light in her eyes, I could tell she had a wonderful celebration!!! She is a lucky girl!! Whose next?

Carley was so disappointed I did not take her! You will thank me later! I am glad that Hannah had a fabulous time it looks like great fun...

There seems to be lots to do in your area guess I am going to have to move up there and if Rob won't do it I'll take Kate's room.(sorry Kate)

another AWESOME bd cake! and i can tell hannah had a BLAST!!!

That's how the spring is for us.. all birthdays. Tell her I said belated Happy Birthday!