Oh where to begin?

I am so far behind in blogging, even though it really has only been a few days!
I guess I'll have to do this chronologically, if I can remember that far back...

Last Thursday was a busy day for Hannah. I don't recall everything we did that day, but I do have photo documentation of some of it!
Hannah FINALLY learned the Elementary Backstroke! She actually hasn't been working on it for very long this go 'round. Her swim instructor has tried it a few times in the past year, but Hannah is a sinker. She still doesn't know how to float on her back, but if she has some movement, she can stay up. 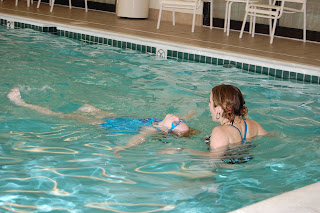 Following the swimming lesson was her Comedy Show at HatTheater, where she takes acting classes. The class did some classic slapstick/vaudeville routines. Hannah's favorite was when she ran out on stage yelling:
"They're after me! They're after me!"
Another child said, "Who's after you?"
H: "The Squirrels!!! They're after me!!"
Child: "Why?"
H: "They think I'm NUTS!!" 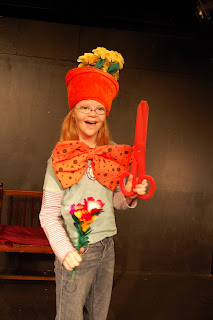 ~~~~~~~~~~~~~~~~~~~~~~~~~~~~~~~~~~~~~~
Friday and Saturday were filled with Hannah's birthday celebrations. She had a terrific time. We are very blessed to have made so many friends in the year we've been here. Years ago, a mother who had an 11 year old with Down syndrome told me that she had found in any group of children, there is always one or two who are naturally are drawn to a child who is different or who has a disability. I have found this to be true. There is always at least one person who is willing to step forward and give Hannah a chance. She has not ever really experienced any kind of exclusion (which, of course, was one of my initial fears for her when she was first born). Here in Richmond there must be a higher rate of kids with that natural attraction--she's got a great set of friends. 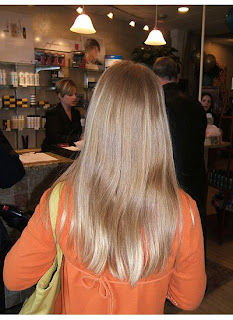 The Down Syndrome Association of Greater Richmond had a Hair Cut A Thon. A local salon opened on Sunday and donated all proceeds to the group. Several friends attended to support Hannah and our DS group. 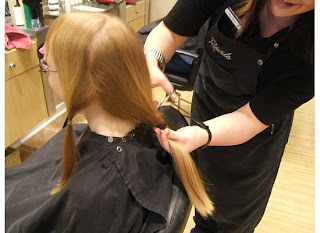 Fortunately, Hannah's hair was long enough to make a 10" pony tail--so for the second time, she was able to donate to Locks of Love. 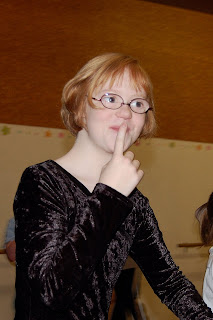 I didn't get a good picture at the salon. This is one from Monday night's Miracles in Motion class. It was parent observation night, and the class put on quite a show! Later that night they performed for the local Moose Lodge (thank goodness they had a moose head on the wall--I don't know if I'd ever hear the end of it otherwise!). There is no doubt, my girl loves being on stage! She was grinning and blowing kisses to the audience.
So that brings you *almost* up to date. The problem is, I can't remember what I'm leaving out. It must be the sleep deprivation. Oh, that reminds me what it is...CPAP. I'll save the ups and downs of that for another post. (And why is it that I'm so tempted to misspell that with an "R" instead of the first "P"?)
Thanks for all the birthday wishes for Hannah--she enjoyed every single one of them!
Invented by Beth at 9:00 PM

How lovely to give her hair up for locks of love! She is so sweet! I love her new hair cut too, Beautiful! You guys are so busy! Glad Hannah had a wonderful Bday weekend!

That makes me really sad.

Happy Birthday to Hannah's Mom too!!!!

And great job on the elementary backstroke! Personally, I think it's a totally awkward stroke so way to go!

I used to go to the community swimming pool to take my swimming lessons. I must say the trainers there are very professional and friendly.

Thank you so much, Beth, for you comments on my ST stuggles. I will absolutely look more into Talk Tools. I've heard good things in the past, but of course I forgot when the time actually came around to get started!

And yay for Hannah and her hair donation. I just did it for the second time too!

Wow! I know you are LOVING the shorter hair! It's cute!

How adorable! Your family is just precious.