We hear from Kate about every week or so (email or phone), which really soothes me. It's even better when she posts pictures so I have a visual! She is doing well.
Kate has enjoyed living with her (new) host family. It consists of an elderly widow and two of her adult daughters. They have been very gracious to her and have allowed her to have some privacy (and they don't force feed her!). 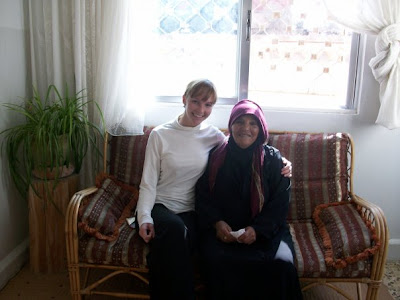 Here is a picture of Kate's bedroom at the host family's home. 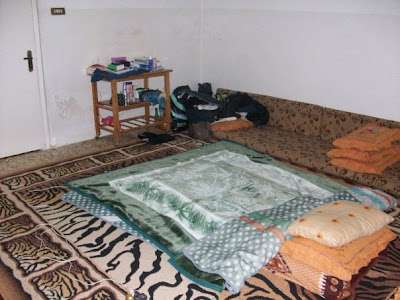 And here is the town where she has been living and learning. 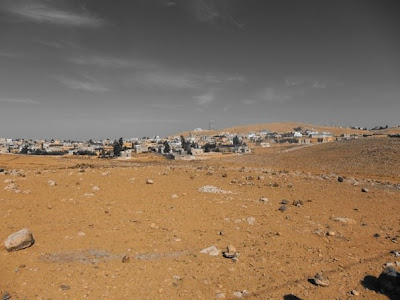 It's easy to see that water is a precious resource in Jordan. 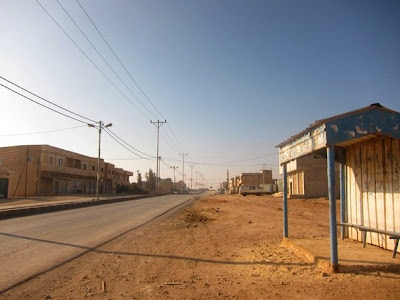 Kate has completed her language training and will be moving to her new village after Christmas. 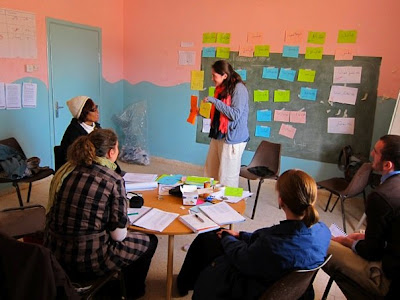 This week she is visiting a town in North Jordan where she will be living for the next 2 years. It is a small town (pop~7,000). Kate will be teaching in a Special Education Center. The student population consists primarily of children (all ages) with hearing impairment. This means that in addition to learning Arabic, Kate will be learning Arabic Sign Language! She is a little disappointed that there aren't many students with cognitive impairments, but she will have the opportunity to work on a project to reach out into the community to find children with disabilities who are hidden from society.
This week she will be signing a lease for her apartment, which hopefully has hot running water! It would be fabulous if the village had internet service, but with a town that small, it's likely that there is none. There was a previous Peace Corps volunteer in the town who completed her service last summer. It will be nice that the town has already had a westerner in their midst--I imagine it will make it easier for Kate.
The town is in the mountainous region of Jordan, about 90 minutes away from Amman. This area has the only forest in all of Jordan, and it also is the primary agricultural land. Only 1% of land in Jordan has forest. 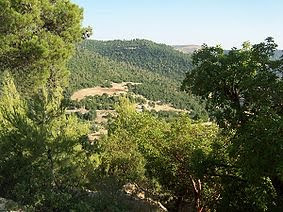 This is the only region that gets snow. And, like most areas of the world, there is no central heating, so she will be bundling up!
The forest ends quickly, back to the rock valleys called wadi. 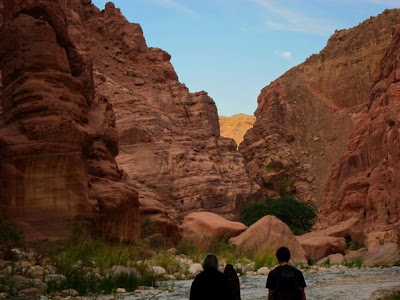 Kate had a field trip there a few weeks ago (before she knew she'd be living in the area). This castle dates from the 12th century. It was built as a military fort to defend against the crusaders. 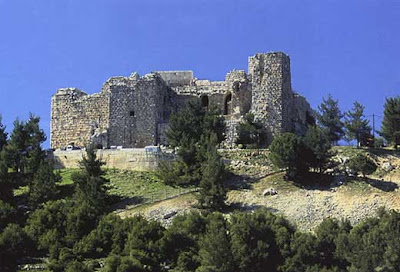 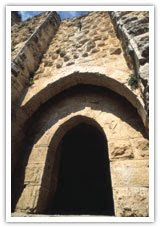 Next week we hope to see pictures of her new apartment and town!

Fantastic to see those photoes and hear a bit about Jordon. What an amazing experience - two whole years must seem a long time - but I guess like everything it will go quickly. I hope Kate is able to find some of the people with intellectual disability in her area. I have a number of students from the middle east - and because I speak openly about Hannah I have had a few mention their own loved ones with disabilities - they are well loved - but in some cases still 'shut away' in the protective family environment. I know she could really help some of those people and their families.

I loved seeing the pictures. Thank you so much for sharing about Kate's experiences over there. What a great thing for her to do.

I am sure Kate will be successful in her quest and will bring much happiness and knowledge to those hidden and their families. I bet she is happy to be going to a more green area... When going through her posted pictures last week my thougths at the end were wow how amazing and I miss grass... Then when I landed on the pictures where they were nurturing a very nice green grassy area I wondered if Kate reacted the way I would have, "take your shoes off and feel that lush greenery beneath your feet!"

What an amazing adventure for her and mom I might add you too are holding up well. I know you must be beaming with pride :)

so exciting. I love hearing about her adventures and life in the PC. I hope she gets a nice apt with hot water too!

That girl of yours is so amazing! Thanks for posting the pictures--the area she'll be in is beautiful!