Guess who came to dinner? And breakfast and lunch? And then get to do it all over again for several days?

I might as well tell you, since you probably won't recognize them from their own blog which is generally woefully out of date (mild harassment)...It's Macey and Carley!

While Mom and Dad are away, the kids will play! 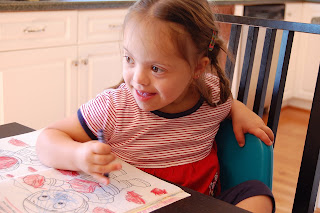 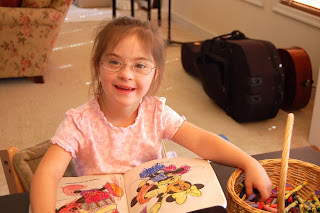 We've been having a good time together! Playing, and playing and making noise (just one child knows how to do that really well). Since our family moved away from the girls about 9 months ago, I only get to see them every once in a while. So having all this time with them gives me a chance to learn again how amazing they are. I have to brag on Macey's emerging language--she is doing so well! And she is so strong--she was the only one of the three girls who could make it to the top of the rock climbing wall on the playground today. When she got to the top she did a little happy dance and said victoriously, "Igodit!"

Macey has a strong will (as I've often said, I'm sure scientists will some day verify that cuteness and stubbornness are on the 21st chromosome--our kids with three 21's could be exhibit A). But, she is definitely learning to listen and consider someone else's opinion, especially if the someone else doesn't try to force it on her. She is also quite kind and shares easily (at least, at my house!). 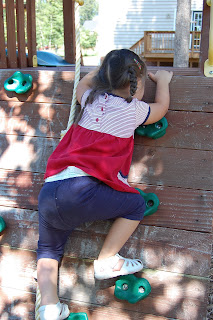 Carley challenged herself to climb the rope ladder. She encouraged herself by saying, "It's only a little bit wobbley. Really. Just a little wobbley." 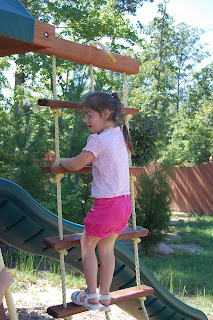 Carley is THE MOST verbal child with Down syndrome I have ever met. It's just amazing to listen to her talk. She has really good articulation. I am sad that she has lost some of her baby talk though. A few months ago she got the words "restaurant" and "astronaut" mixed up. She kept asking if we were going to a "restronaut"! I love it when kids do those kinds of thing.

Hannah has been playing the role of Big Sister. And, honestly, she's doing a pretty good job, considering every corner of her room has been taken over by preschoolers. And Wendy, I'm not even bribing her! Yet. 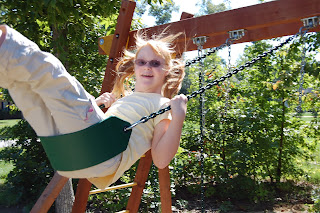 Wow!!! if I could find a way to get to Richmond that didn't include going over a brige or through a tunnel I would bring my 2 chromosomally enhanced cuties!!! Hannah would probably leave home with 4 little wild ones in the house. I can not get over how grown she looks now.
I hope to see you guys at the DSAVP Buddy Walk!!!
Love,
Donna

Look its my BABIES!!!! And you better make sure you give my Hannah her special surprise for tolerating the take over!! You guys are the best!! Give my sassafras and porkchop and a big squeeze and lots of kisses from me!!

They are beautiful! How fun!!!! Wish I was closer to share in the love. :)