Since this was the first summer in our current house, Hannah and I decided to put in a small garden. This was done surreptitiously because, if you can believe it, our neighborhood of homes with lots ranging from 1-5 acres has a restriction on vegetable gardening! I guess I didn't read the fine print in the covenant document. Not that we had a choice with this house--it was the only house that had four bedrooms and could fit the piano that was available for occupancy within 3 weeks. It's a fine house, and suits us well enough.

Our backyard is enclosed with a decorative (to somebody, somewhere... perhaps to the previous owners...) privacy fence. The soil in the yard is abysmal. There are numerous bare patches of clay-ish desert sand, with lots of construction gravel mixed in. The green stuff on the ground is all weeds, not one blade of genetically modified fescue exists in the backyard. The dogs like to graze on the crabgrass. 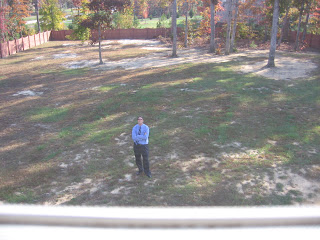 
So we had to make some raised beds because the soil is so poor. Hannah and I were well underway assembling our cedar-plank boxes (4x4, 4x6 and 4x4), when our next door neighbor popped his head over the fence (he's very tall) and told me about the garden restriction. He mentioned that they had some undercover tomato plants in their backyard and they'd be glad to trade us tomatoes for peppers. Together we guessed the the spirit of the no-garden rule was to reduce the possibility that people would put in small truck farms in the yards of their large suburban brick-front homes.

My interpretation of the covenant is that the Neighborhood Association wanted only flower gardens. So Hannah and I made sure that the majority of our crops were flowering vegetables. We planted beans, peppers, basil (way too much! pesto anyone?), and lettuce (it would eventually flower, right?). Hannah chose some marigolds and zinnias as well, to hide the carrots and parsley. She also wanted to plant watermelon. Of course, our planter boxes were already full of sprouting seeds. So I took some extra weed barrier fabric and the leftover composted soil and plopped it in a corner of the yard. Hannah planted four watermelon seeds, and they took over! 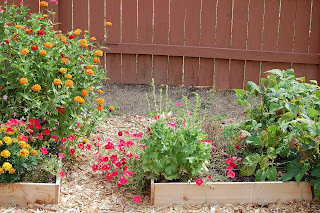 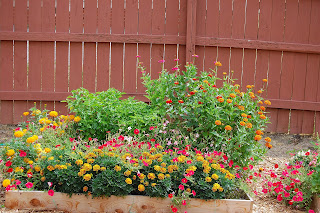 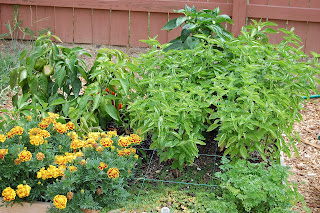 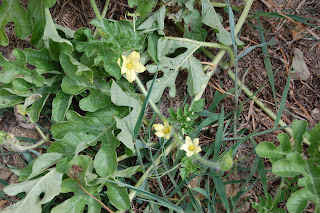 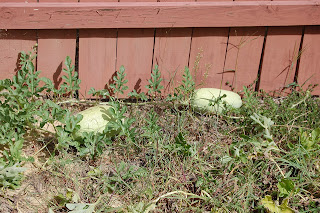 Growing up with large vegetable gardens, we never had much luck with melons. So I was surprised when the little baby melons started to grow! We had about 10 of them, but a few were resorbed by the earth or insects. Another was a victim of an animal that used large incisors (much bigger tooth marks than a bunny..no sign of beavers!!!). It wasn't yet ripe, so whatever animal that sampled it decided it wasn't all that tasty. My guess is that it was a deer. We have deer that eat everything in the front yard--from hostas to shrubbery (no Monty Python jokes!). It's not uncommon for deer to be able to jump a 6 foot fence. But the big hole in my theory is that the only thing that was eaten was the watermelon. Whatever it was, it tangled up the vines so we lost a few more melons. It was either a deer or Bigfoot. Please feel free to leave your own hypothesis in the comment section of this blog!

We have been enjoying the remaining watermelons for a few weeks now, but saving the biggest one for last. Here is Hannah's prize watermelon! I wish we had a scale so we knew how much it weighed. Maybe next year she'll get to enter one in the county fair! 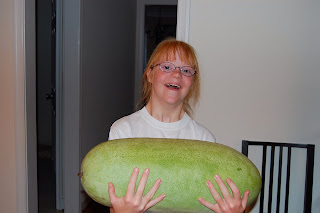