I'm savoring the last few days of summer here.   The raspberries are getting their second wind.  Apparently it rained a lot while I was gone.   Last fall I picked the last berry of the season on November 1st!  Maybe threads of summer will hang on that long again this year. 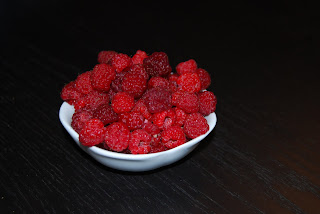 Hannah had a GREAT time at camp!   It was a perfect first camp--they had one-on-one counselors and all the campers had Down syndrome.    When I asked her who was her best friend at camp she said "Stephanie!!" (counselor).  Stephanie is a Special Education major at UNC Charlotte.   It was a good experience for both of them! 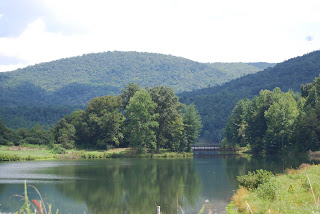 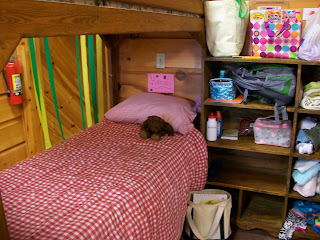 Guess who had the bunk next to Hannah? 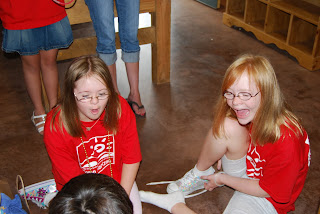 Hannah did ceramics, stained glass painting, swimming (and even was brave enough to do the huge water slide into the lake!).   She won the award for Best Comedian--she told some jokes at the Talent Show!  Her cabin also won the scavenger hunt (though she calls it The Avenger Hunt!).    There was a Hollywood themed dance one night, so the girls got gussied up with nail polish and lip gloss and plenty of glitter. 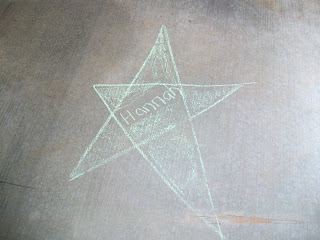 She was glad to see me when it was time to go home, but she wasn't worn out and, best of all, she looked good--no typical camp filth, bug bites or sunburn! (Yes, Hannah is several inches taller than Stephanie!) 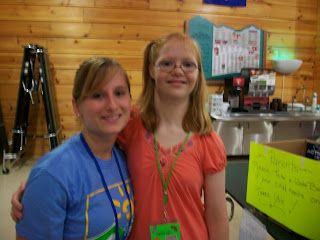 Somewhere in the middle of camp James helped Chris pack up and dropped him off for his second year at William and Mary.   He's got a science/math heavy load this semester with two upper level chemistry courses, advanced calculus, and two computer science courses.  And he's sitting in Freshman Biology as well since it's been almost 4 years since he took it.  He needs to review the coursework since he'll be taking the MCATs this coming spring.  To balance things out, he's also taking voice lessons! 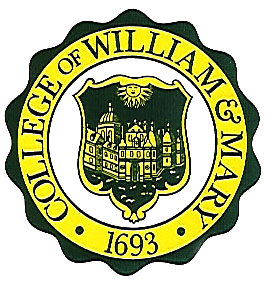 Hannah has been asking to see him, so we'll probably go visit next week sometime.

Within a couple of hours of getting home from camp, my parents came to stay for a few days!   They had been traveling up the Eastern seaboard and were on their way home to South Carolina.  We all were a bit worn out, so we took it easy--no museums, no painting projects, no adventures.  Perfect. 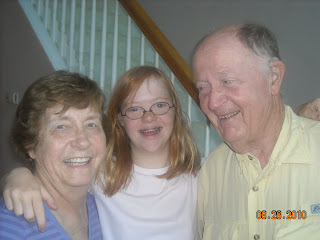 So...now would be a good time to start posting about Egypt...that was my intent, obviously.  But now it's late and I think I'll do what I do best: procrastinate.

I will leave you a little appetizer: 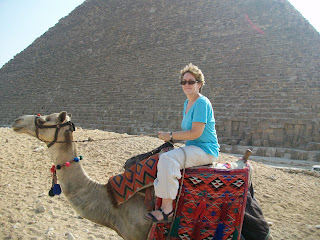 Oh those raspberries are making my mouth water. Makes me wish I didn't live in KS and have to get green house berries...

Hannah, each time I see you I am so jealous of that GORGEOUS hair! I LOVE it! :)

Glad Hannah had a fun time! I can't wait to see/read about your time in Egypt. My girls are studying Ancient Egypt this year so I'll have to count reading your blog as school!

it's good to see this information in your post, i was looking the same but there was not any proper resource, thanx now i have the link which i was looking for my research.
Coursework Help