It's two weeks until Hannah's dance recital.   This is her first dance recital, on a huge stage, with bright lights, and she is totally excited about it!

This was Hannah's first year in a regular dance class.  She was the only "new" student in the class, so she had a lot of catching up to do. She's learned so much from her teacher, Sheena, and from her friends in the class!  I could not have envisioned a better environment for her!  I was expecting some frustration or annoyance from her classmates--I mean, really, most of them are middle schoolers, with a few high schoolers in the mix as well.  But there hasn't been a single issue with any of them. They have been so very patient with Hannah.


Aren't they all beautiful? 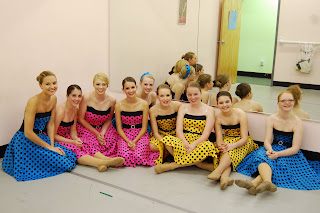 Last week it was Picture Day at the dance studio.  I was rather dreading it.  I was imaging it to be a bit like one of those pageant TV shows.  We had instructions for hair and makeup. Hair?  She can't stand to have her hair pulled tight, but we did manage to get in a bun without too much drama.  Makeup?  On a 13 year old?   A 13 year old who isn't interested in makeup?  She was much more interested with her swirly dress! 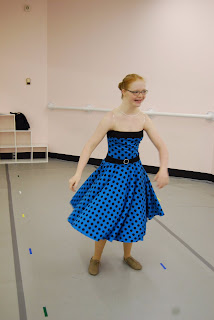 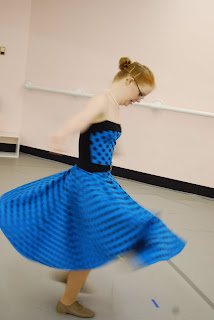 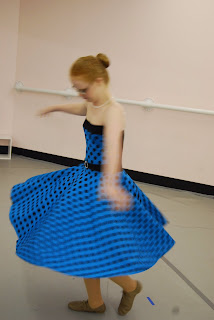 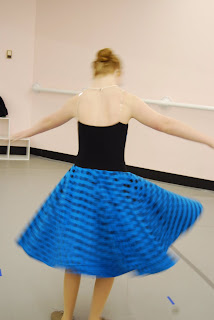 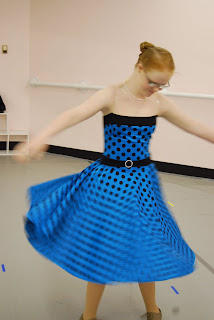 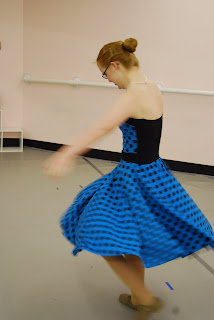 We'll see how the pictures come out.   When Hannah is told to smile, she usually ends up with a grimace.  We usually have to make her laugh to get a real smile out of her, and then her mouth is usually open.

The girls got the chance to rehearse in their costumes.  This is good because they all get distracted with how fabulous they look in the mirrors and how different it is to dance in a skirt than a leotard. 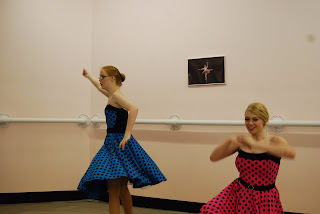 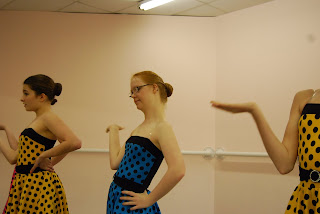 Hannah knows all her steps, but her timing is just a smidgen behind the rest of the dancers.  She tries her best, and that's just fine.

Hannah is the farthest dancer in blue at the beginning of this video clip.

She's so happy when she's dancing! 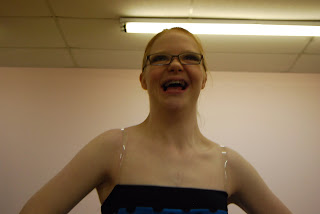 What a wonderful clip. I hope the concert is a blast.

OMG...how special and wonderful and exciting. She's precious (which I'm sure is NOT what a 13 year old wants to hear).

They all look lovely and like they are having a ton of fun!

The look on her face is pure joy! Thanks for sharing...

Loving the look of pure joy on her face - it's great to see her having so much fun in an accepting environment.

I love this and Hannah looks beautiful in her dress!!

What is so wonderful is that Hannah does not have "DS" in this class. Hannah is just one of the girls. Total acceptance and that shows in the giggles heard throughout the dance. She fit right in, giggle for giggle, step for step.

Priceless. Love that huge smile. She is obviously having a blast!