I've been home for nearly a week and am finally catching up with everything.  Thanks for your patience!

My trip was really interesting.  It was great having Kate be my tour guide and interpreter.  Arabic is one of the most difficult languages, usually taking seven years to master.    So she's 10 months in, and can easily get her way around the country, haggling with shopkeepers and cab drivers, and conversing with friends and students.  She is far from being fluent (she says), but I couldn't tell the difference ;-)

Our first few days were spent in Amman.  We visited with other Peace Corps volunteers, and went shopping (Jordan has a couple of malls--Starbucks is an exceptional treat for Kate!).

We headed out to her village where we spent time with local families who have connected with Kate.  It was very interesting to share meals with the families and spend time getting to know them.   It was extremely hot during my stay in Jordan, so it was always a treat to visit with families in the cooler evenings.   It is impolite to take pictures of people, so I only have pictures of places and things.

Jordan is the 4th driest country in the world.  There seems to be quite a surplus of rocks! 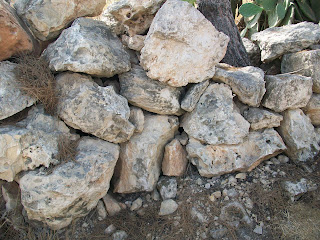 Kate lives in the small portion of Jordan that is slightly mountainous.  Many of the hills have been roughly terraced to hold on to as much soil as possible.   The native trees are primarily scrub evergreens, but nearly every house has olive, almond, pomegranate and fig trees. 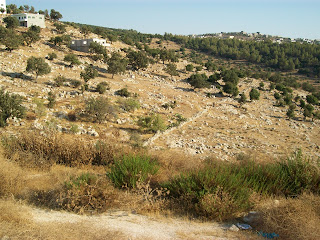 Cactus is also planted--we were lucky that most of the fruit trees were ripening!  Cactus fruit was my favorite new food on the trip. 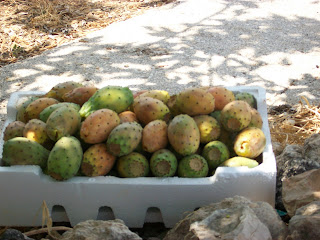 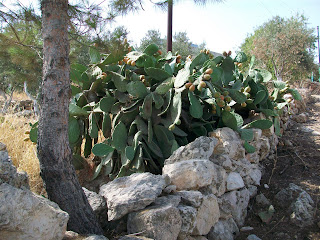 Kate's landlord also has a small grape arbor, growing green grapes similar to what we can get at the grocery store.   The grapes have to be covered with bags to prevent the bees from eating them. 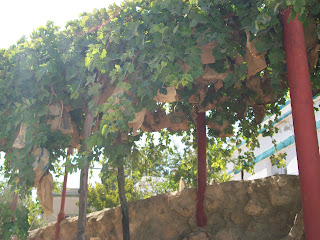 The main town near Kate's village is Ajloun.   It has its own castle, which was built in 1184 to defend against the Crusaders.   It was pretty cool--literally and figuratively! 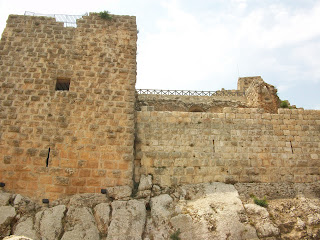 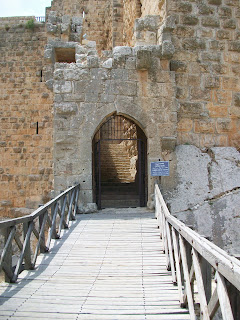 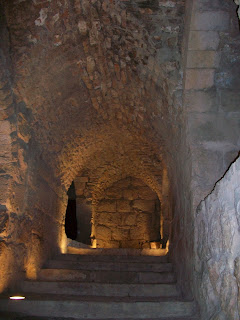 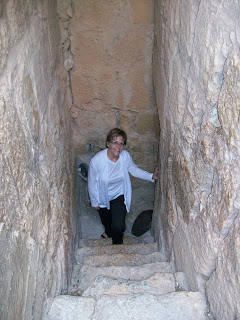 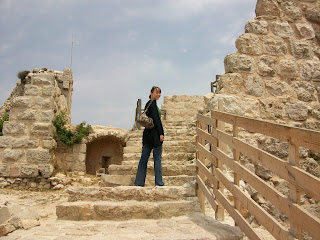 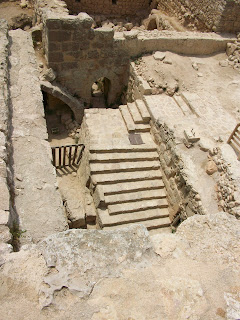 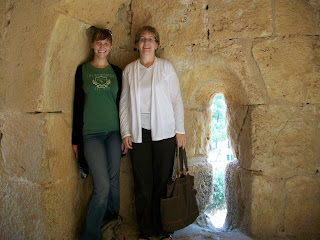 Later in the week we took 4 buses (or maybe it was 5) to get to the area where Kate lived during her language training last year.   The family with whom she stayed is Bedouin.   They are warm and welcoming.   It was the highlight of my trip to have spent the night in their home.   When we arrived, there were three women working on pulling leaves off of some kind of plant stalk.  I never did find out what it was called, but Kate and I sat down and started pulling leaves along with them.   Apparently they dry the leaves and use them throughout the year to make a special soup (which is not all that tasty according to some people).

This is a large table cloth that is covered with the leaves.   The seating cushions or farshas are against the wall to make room for the drying leaves. 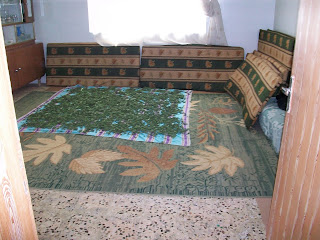 This is an example of a typical living room.   The cushions are used for sitting.  Women must sit with their legs underneath them, or out to the side.  The pillows are used as arm rests, especially if the legs are out to the side.   If a woman would like to stretch her legs out in front, she must have a blanket to cover her legs. (BTW, it is really hot to have a blanket over half of your body when you're already wearing long sleeves and long pants and it's 120 degrees.  Just sayin'.) 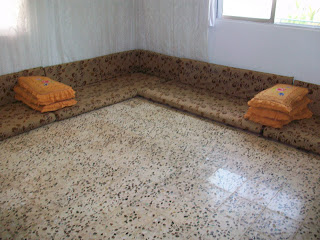 What was most unusual about this home was that only women lived there.  The elderly father had passed away a few years ago, leaving the house to his widow and his two youngest unmarried daughters.   The women were very at ease and not preoccupied with formalities--since there were no men present, the seating/blanket protocol was relaxed.

These same cushions became our beds for the evening, with home-sewn patchwork quilts to keep the night's chill at bay.

We re-traced our journey back to Kate's house, where her principal's family invited us to go down to the "valley".   This is the area very close to Israel and near the Jordan River.   Unfortunately, the sun set before we were able to set off in their (very) minivan.  So we drove around in the dark for a while, slightly off-roading where the gravel road was worn out.   We looked for a falafel restaurant, but, not finding one, our hosts provided snacks from one of the many small shops along the way. 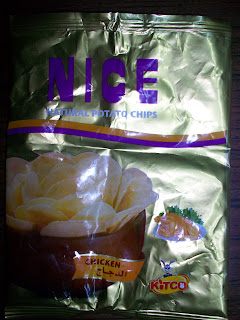 They really weren't quite as scary as I anticipated--what's a little bit of bouillon powder and MSG sprinkled on a salty potato chip?

I later learned, in Egypt, that there are far worse potato chips in existence!

It will likely be another week before you get to hear about that half of my adventures with Kate...I am off to North Carolina to bring Hannah to camp.  This is her first overnight camp and she is very excited about it!  I will be staying in NC because while I am a stoic mom, I'm really not all that comfortable being 5+ hours away from her in case she isn't as brave as she thought she was.  She's packed (and I'm not), and we leave in the morning!
Invented by Beth at 11:50 PM

Sounds exciting so far.
"nice" chips.. that is funny. Chicken flavor?? I guess the US probably has more crazy flavors (cheeseburger, salt and vinegar, etc...)

Looking forward to hearing the rest.

Getting caught up and dying to know how camp went!!!!!

The castle pictures are great!