When we last chatted, January 3rd 2013, was the day before Hannah was diagnosed with endocarditis. She had been having random seemingly unrelated health issues. Fevers, not much stamina, sore toe, headache, sore finger, night sweats. All days apart--no rhyme or reason. We ended up in our FAVORITE pediatrician who did some bloodwork, which showed wacky levels of several things. This bought us a trip to the hematology/oncology clinic at our local teaching hospital (MCV, Richmond, VA).

Short story, before giving Hannah a marrow biopsy, a medical student suggested that we have an echocardiogram and that's how she got a diagnosis of endocarditis. She was admitted and stayed for a couple nights, getting a PICC line (a heavy duty long-active IV that deposits medication close to the heart, and allows blood draws without new needles) and started heavy antibiotics.  She was discharged on a Sunday. We had a home nurse come to teach us how to use the IV medications.  48 hours later we rushed Hannah back to the hospital.  She was in agony--abdominal pain. She was admitted.  Many many tests and 36 hours later they diagnosed right kidney failure.  Apparently she had a clot or vegetation (that's what they call the endocarditis bacteria colony breaks away). 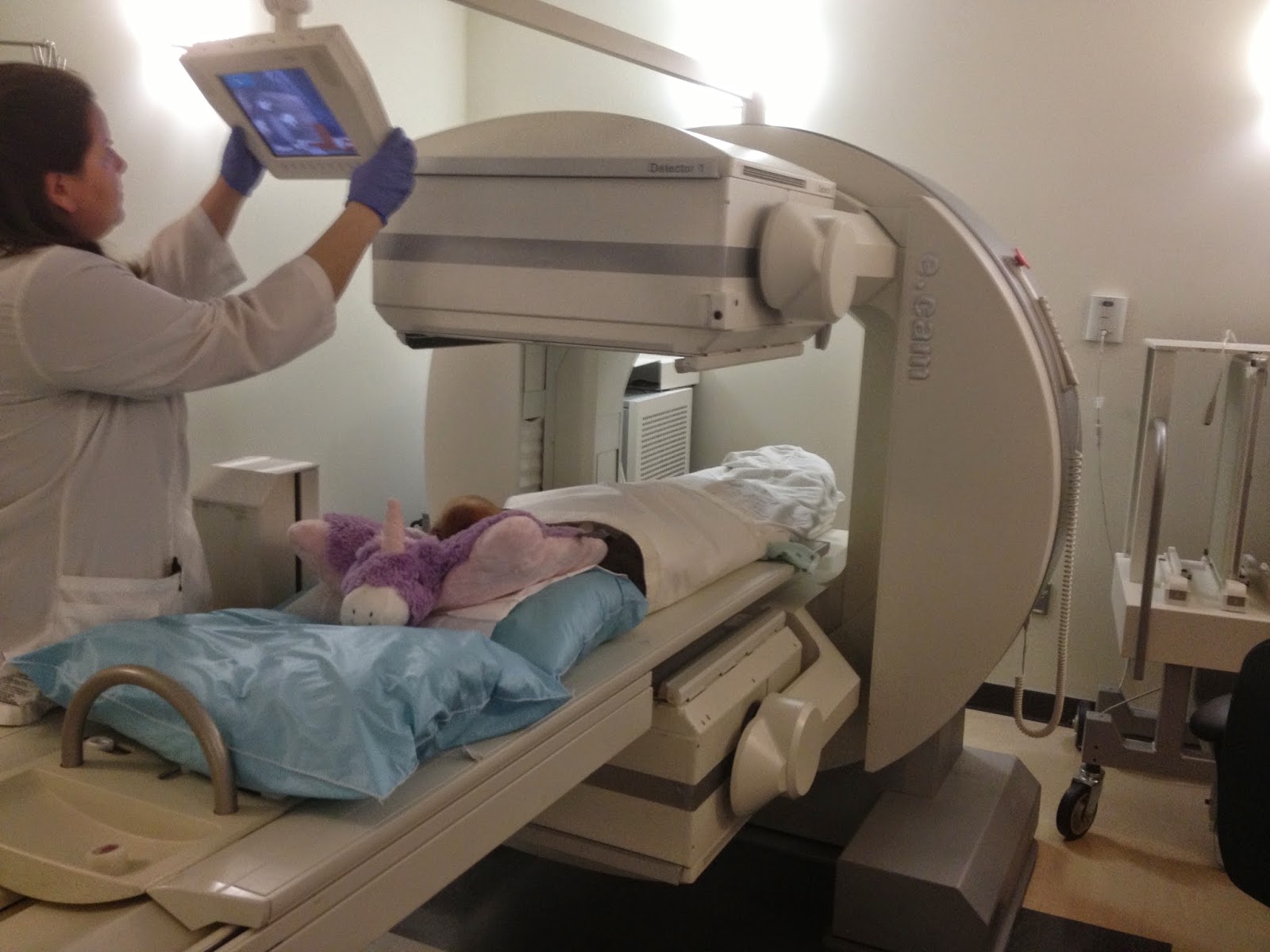 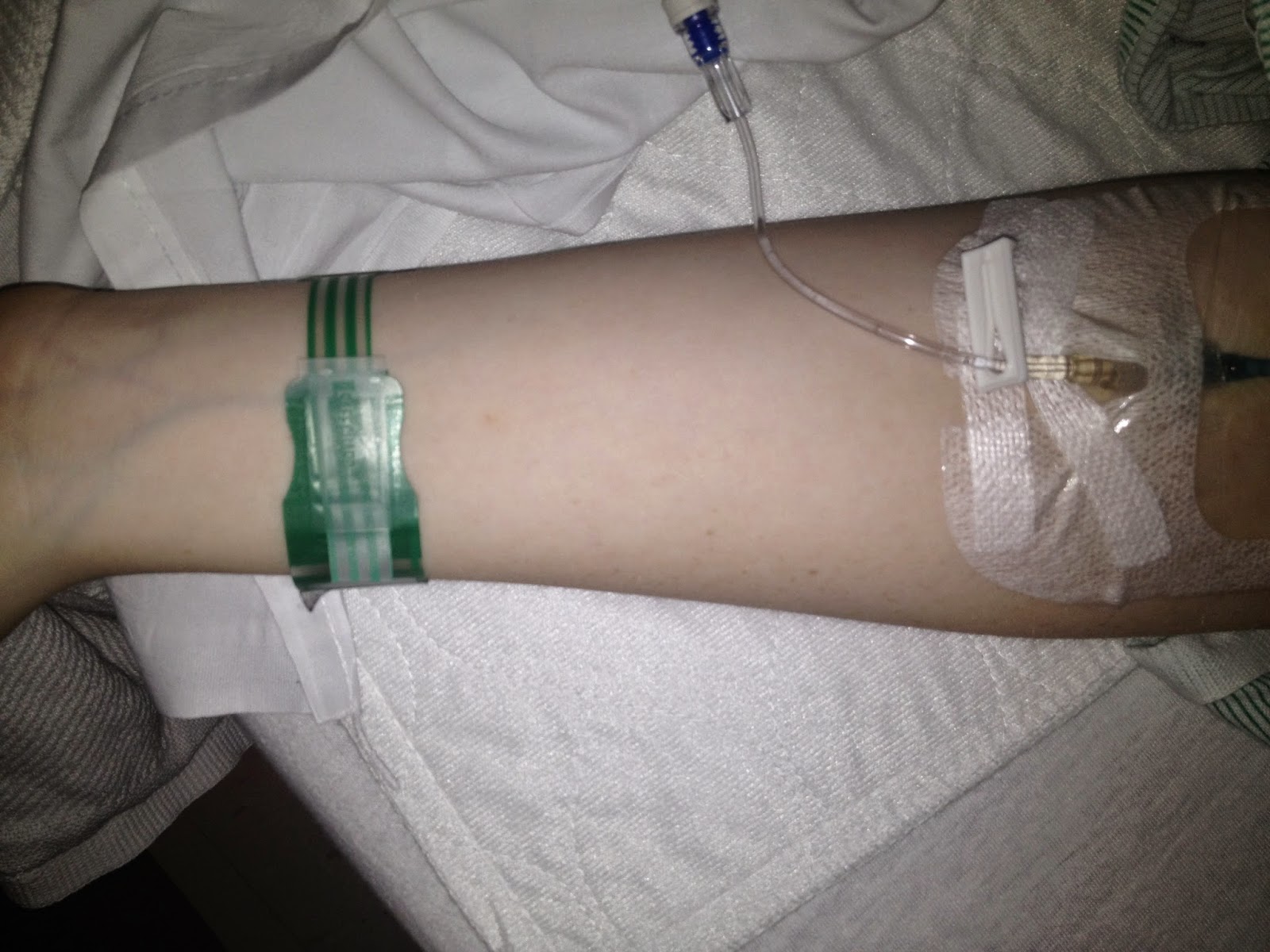 The first PICC line, four days later she had a replacement.


She was in the hospital for nearly a month with many other ancillary problems (seizure from a Vitamin K shot, tendonitis--can't walk, bone marrow biopsy to rule out leukemia, etc). Once she was ambulatory we had 6 more weeks of home IV treatment. She is WHOLE. She will have to take blood pressure medication for the rest of her life due to her kidney problem, but if that's the worst, we can live with that. 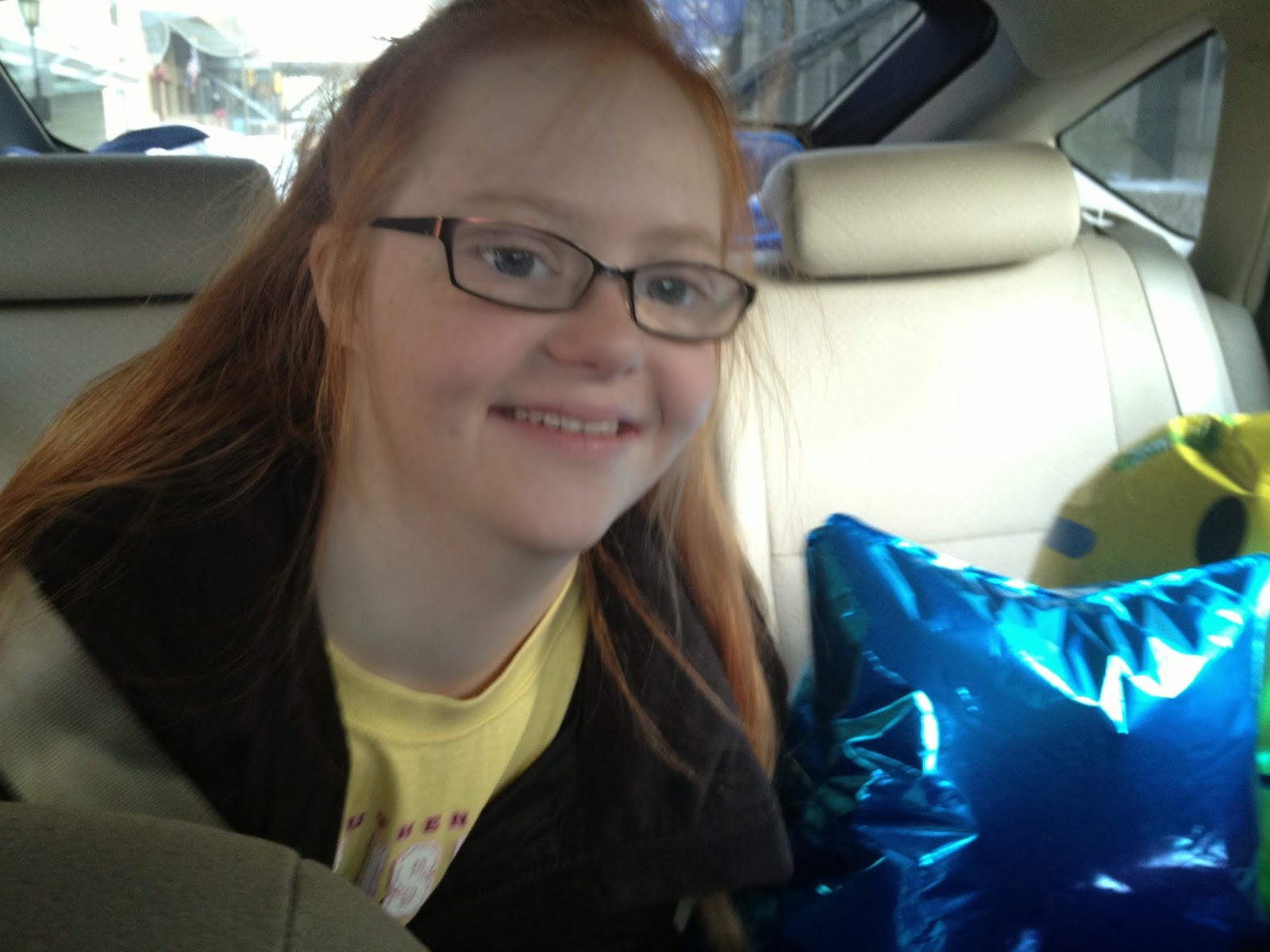 Did I tell you that Chris graduated from William and Mary? And that he was accepted to Yale and UNC-Chapel Hill for graduate school? He chose Chapel Hill. He's just starting his second year in their chemistry PhD. 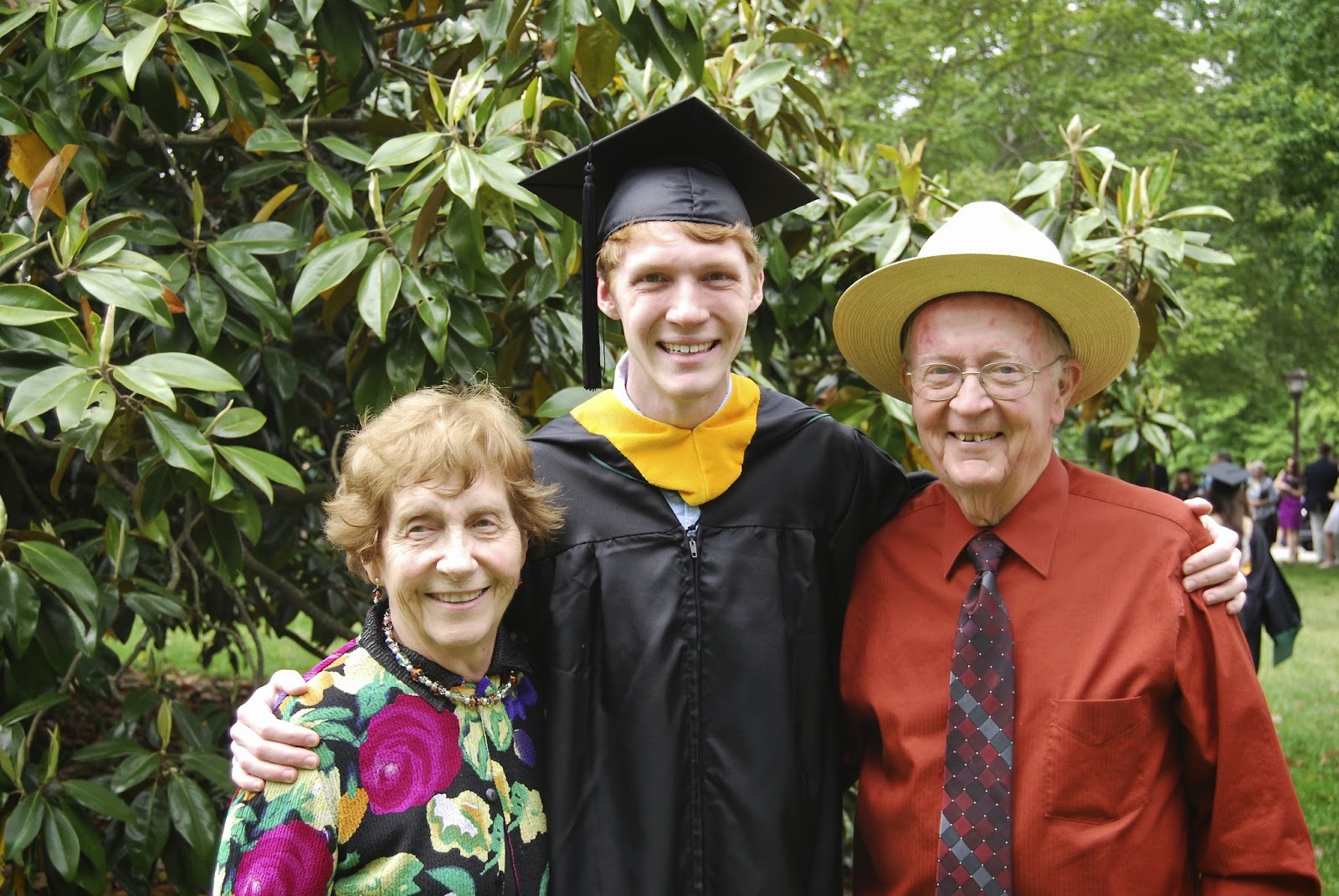 Later that month James' job ended here in the Richmond area. He quickly got another job--in Denver, CO. We prepped the house for sale while James drove out to start his new position. We sold the house within two weeks.  The day that we ratified the contract for the sale, the new job dissolved.  We found ourselves without a job, and no house (no, we didn't fight the contract--we'd just have had to sell it later when we got a new job somewhere else). We decided to stay in the Richmond area, renting a little house in November. Kate had moved locally on her own--working as a Police Dispatcher while working on her MBA, Chris moved to North Carolina, so it's just the three of us (plus the doggies and Puddle).

Finding a job has been frustrating. We are having a lot of time together. We're generally in good spirits, with some ups and downs.

Hannah has been living well: tackling the bass guitar, singing in her voice choir, playing softball with the homeschool team, performing in LIVE ART with Jason Mraz and kd lang, learning to play ukelele, working hard with geometry (she loves it, even if she uses a calculator to compute, she can create an equilateral triangle using a compass and a straight edge), spending FaceTiming her best friend Shea, mastering an omelette, donating 14 inches of hair, and walked her first 5K to help with Bone Marrow donation.

Hannah still wants to be a firefighter. For her birthday she chose to bake cookies to deliver to our local fire station--Station 16! Perfect for her Sweet 16th birthday. 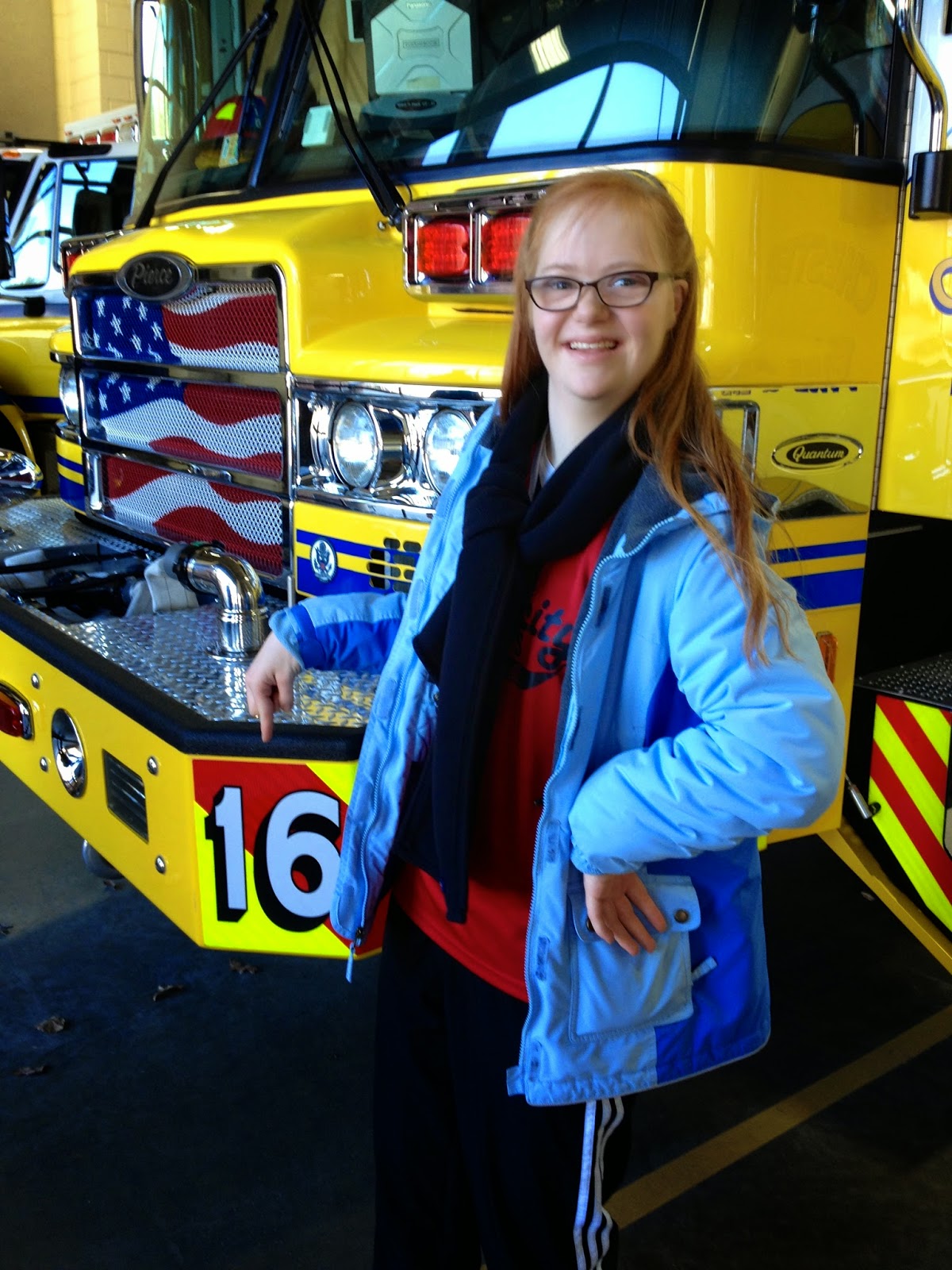 Soon we'll be starting the end of 9th grade soon (we didn't get it all done). Soccer starts soon, along with tap dance. Haven't planned out the rest of her schedule for the fall, but we'll figure it out.

Thanks for being here--it's been a long wait, but I'm back--at least for today!

I'm so glad that the docs were able to piece together the odd symptoms to be able to help Hannah! And great job making cookies for the firemen--I'm sure they appreciated it. :)